My name is Dawn Charleston-Green, Founder and CEO of Dawn of a New Day 365, LLC.
DND365 is a movement for women journeying through everyday life – the good, bad, ugly, and unexpected; overcoming with TRUTH and TRANSPARENCY in a way that leads to TRANSFORMATION.
Through my blog articles, videos, and panel discussions, I provide content and conversations around the concerns that matter most to women, our families, and communities.

My goal is to give voice to those things that women and families have been forced to deal with in secrecy, shame, and silence. By sharing my own stories, as well as the testimonies of others, I seek to normalize life experiences like marriage, parenting, grief, infertility, and career struggles by helping women understand that they are not alone. The hope of DND365 is to provide a safe space for women to hear and have needed conversations.

I am also the author of the 5-Day Morning COFFEE Devotional and the children’s book, Heeeyy Dandelion.

Apart from being an entrepreneur and a writer/author, I’m also a wife, mother, consultant, and speaker.

I’ve been writing since I was a child. Having been an only child for 15 years (prior to the arrival of my younger brother), I found fulfillment in creativity and imagination, and in absorbing everything around me. Aside from just being in the moment, writing was a big part of me processing my world, my unique experiences, and my interpretation of those experiences.

Additionally, I contribute a large part of my journey to writing to my late grandmother who nurtured the writer in me. She was constantly encouraging my cousins and I to not wait for moments to happen, but to create them instead. So the three of us, (I, now in my late 40s, and them in their mid-50s) have been creating our entire lives.

Though born in Natchez Mississippi in 1915 (a very desolate time), surprisingly, my grandmother was always one with words and poetry. She helped all of us to see our spaces so colorfully, and to not allow what we didn’t see to keep us from dreaming of what could be.

With all that said, I often wrote down what I saw. I planned the details for what could be. And most of my life, I’ve just been fulfilling the vision; writing the rest of the story as I go along.

I probably wrote my first story in the latter part of elementary school. I definitely wrote some stories in high school. None of them are published, but I can remember some details of a few. Back then, I mostly wrote or thought of fictional stories…fantasy. Today, I prefer reality and stories that show experiences, growth, maturity, and evolution.

Currently, I’ve published two books, along with companions to them. The first, the 5-Day Morning C.O.F.F.E.E. Devotion was published in 2021. This devotion was written to help Christian women develop or deepen their faith journey; providing both a method and message for committing time in devotion with intentionality. To assist with the process, I also created a prayer journal for reflections and goals.

My second published work is one that I’ve been reeling off of since the spring of this year, entitled HEEEYY DANDELION!
HEEEYY DANDELION is a story of an 8-year-old girl, Ana, who struggles with self-esteem and honesty; primarily due to her struggle with understanding being adopted. Ana’s adoptive mother explains the life cycle and attributes of a dandelion; explaining to Ana that though beautiful as a flower, the dandelion is often considered a weed because many don’t understand its value. However, her mother further explains that though the dandelion may appear in unwanted or unexpected places, it doesn’t need perfect conditions to grow; but rather, just a crack of possibility.
Through her depiction of the dandelion, Ana’s mother helps her to understand that she is exactly where she needs to be and has everything within her to grow into something beautiful.

I’m split. I write to women, children, and families. In actuality, however, Heeeyy Dandelion accidentally morphed into a children’s book. It was originally a blog that I wrote to my women’s platform, entitled Bloom Wherever You Grow, Dandelion.
In the article I shared and compared the attributes of the dandelions to similarities of women with impeccable inner strength and resilience; despite at times feeling unseen or unappreciated.
Coincidentally, soon after I released the article, I found myself in a difficult conversation with my adopted daughter; a conversation in which she was questioning how and whether she fit into our family. In that moment, and several encounters before, she felt as though she couldn’t meet expectations in school and behavior. I realized then that she too needed to understand the attributes of the dandelion; sharing with her that regardless of how she might have become a part of our family, she was okay to just be herself. Helping her to see that her uniqueness added value to our family, and that she can be confident that we had no intentions of plucking her up (as the dandelion often is). As a family, we want her to grow strong roots with us so that she can be successful and go far, just like the seeds of a dandelion does.

I believe that it is through transparency that we reach people the most. For that reason, I knew that I wanted the characters of Heeeyy Dandelion to be true reflections of my daughter and I. However, this project was the first time I worked with an illustrator. The first go-round I was scammed. Literally. Someone on Instagram pitched to me and offered to create a sketch. After I paid them a deposit, the profile was completely deleted. Fortunately the deposit amount wasn’t much.

After that experience there were a few others who weren’t able to deliver on time or in expectation. Finally though, Christian Rodriguez with Your Children’s Book.com was able to capture the very essence of what I had in my head. I was amazed at how he gave my thoughts faces — me and my daughter’s faces. His first sketch blew me away and brought me to tears. I knew then he was the one to bring the story to life. Actually, his care and support, and attention to detail, lit a fire in me that I believe propelled the project forward and FURTHER than I had ever expected or intended. 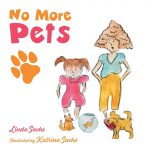 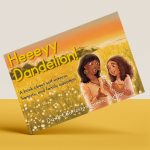 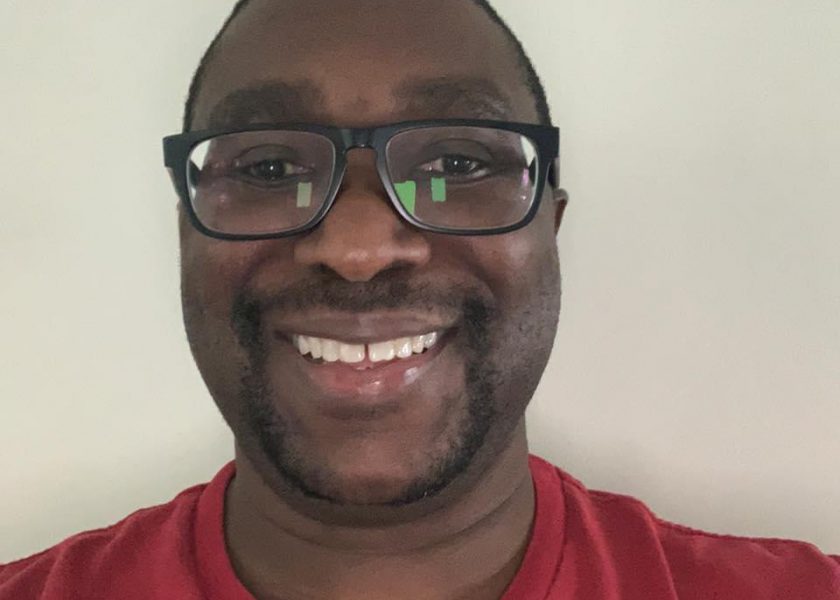